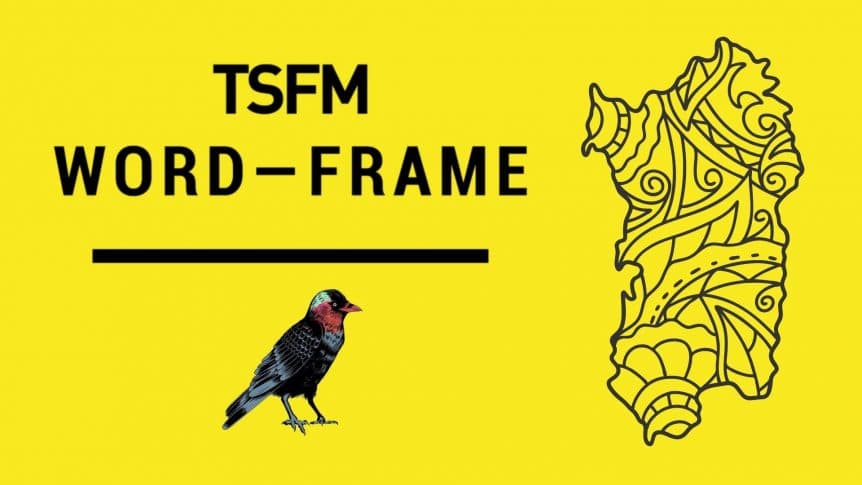 TSFM Word-Frame Sardegna is an intensive workshop aimed at guiding eight directors and/or screenwriters in the making of a short fiction or hybrid film (docu-fiction, creative documentary, animation with real elements, etc.). The workshop aims to provide participants with the basic knowledge and working tools useful for writing a script and realising a short film (i.e. those skills useful to start a profession in the film industry). Moreover the workshop aims to offer opportunities in order to increase their knowledge about: the development of stories for short films; the basics of production and distribution; the festival circuit.

The workshop is open to all aspiring directors and/or screenwriters resident in Sardegna, Sicilia, Malta, Balearic Islands and Corsica. We are looking for people who have been working on a short film project in the early stages of development (synopsis, short treatment, starting idea). Candidates with previous cinematographic and/or artistic experience are also admitted to the workshop. The workshop will be held entirely in English.

A selection committee composed by members of TSFM and Fondazione Sardegna FIlm Commission will choose the eight participants. The teaching of the workshop is organised by TSFM and led by tutors with lengthy experience in script advisoring. The workshop is developed by MASSIMO D’ORZI, director, screenwriter and producer, MASSIMILIANO NARDULLI, curator, composer and script advisor. and ENRICO VANNUCCI, programmer, talent scout and distributor.

Registration for the workshop is free of charge. The deadline for registration is April 04th 2022. The eight selected participants will be notified by April 08th 2022.

Selected participants are guaranteed accommodation for six nights and a meal per day in partner structures of Fondazione Sardegna Film Commission. Travel costs and any additional nights of accommodation are to be paid by the participants. The application form implies the acceptance of all the conditions listed above.

Through both theoretical and practical training based on a successfully tested methodology, and under the guidance of the workshop’s tutors, eight selected filmmakers will be motivated to confront each other developing their respective short film projects over the course of five days.

Said methodology is based on collective work aimed to develop projects and new ideas. A series of tools taught via the dialectical relationship installed with tutors and other students will teach filmmakers to recognize and enhance the core of their work. The production feasibility, artistic values and socio-cultural contexts of the projects will be highly taken into consideration during the phase of development.

That is why, the workshop will also feature informative masterclasses that focus on the global short film industry — covering topics such as festivals, markets, distribution & sales companies, pitching sessions and the development of film dossiers.

Our teaching methodology aims to strengthen the quality and originality of the short film format. We intend to nurture short film projects that are deeply rooted into the national and international production and distribution chains of value, while still exhibiting a surprising and unique cinematographic language.

TSFM Word-Frame will happen over the course of a maximum ten workshops of which half will be set in Italy and the other half in five different European countries. An additional final workshop will be held in Italy during TSFM Vol. 7, towards the end of the Fall of 2022.

Via specific calls for projects released for each session, tutors will select eight filmmakers to participate in each workshop. A maximum of ten participants, at least one for each stage, chosen by the tutors on the basis of their work and projects, will ultimately attend the final workshop during TSFM.

Therefore, this six-days long final session will focus on building production strategies for each short film project. It will lead up to a pitching session and one-to-one meetings with producers and industry professionals. A prime objective of this final workshop is to create networks between Italian and European filmmakers coming from different backgrounds (nurtured by the tight collaboration among participants) and other film professionals via scheduled meetings.

We strongly believe that international networking (also deeply rooted to peculiar production chains of value from several areas and regions in Europe) can bring huge benefits to participants, as TSFM Word-Frame will be facilitating and accelerating not only the production and realisation of their work-in-progress projects, but also the promotion through festivals and broadcasting & online circuits.